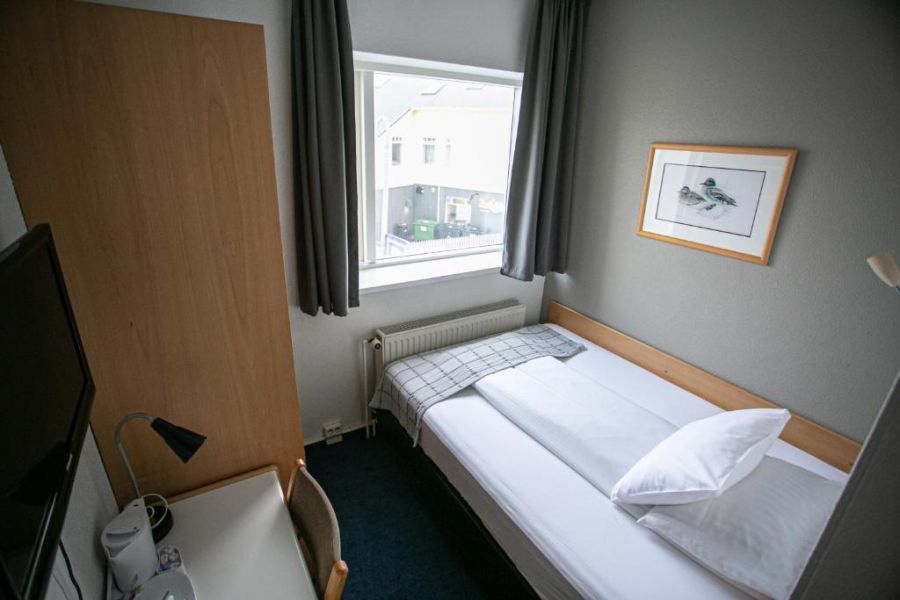 Sleeps one adult in a single bed.

They warmly welcome the guest and are equipped with modern amenities to ensure a pleasant stay. 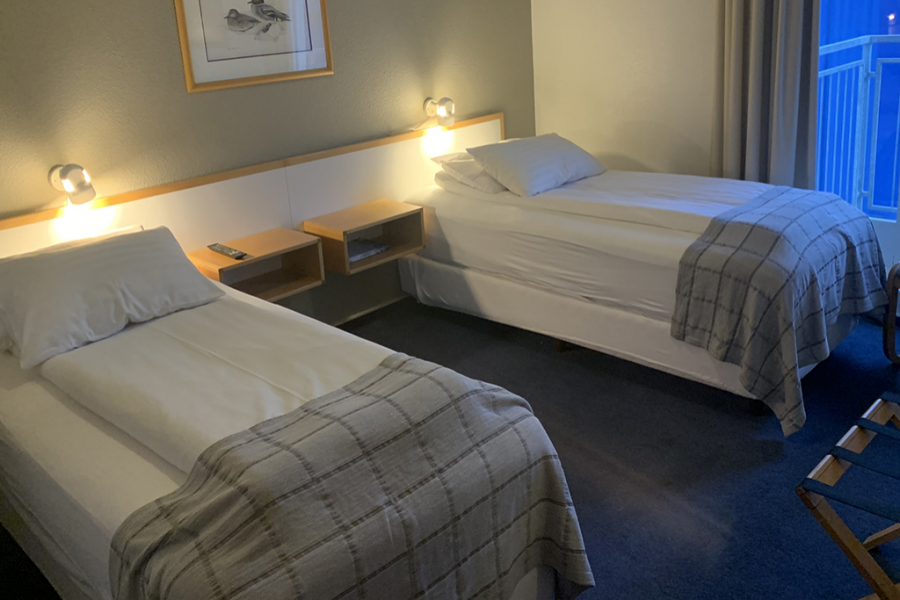 Perfect room for friends. Equipped with all modern amenities 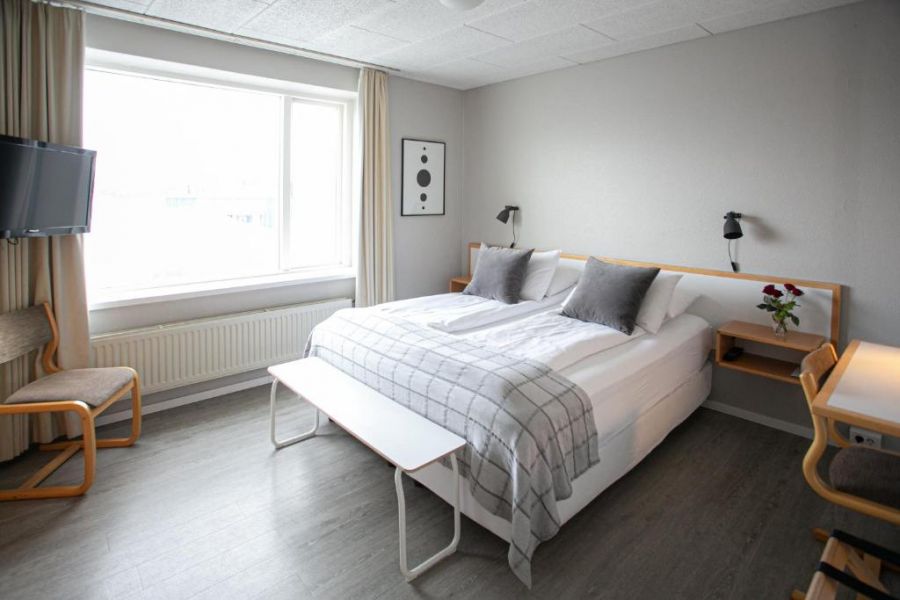 Double rooms are equipped with all the necessity you need for comfortable stay.

Our guest can request either one double bed or two single beds. 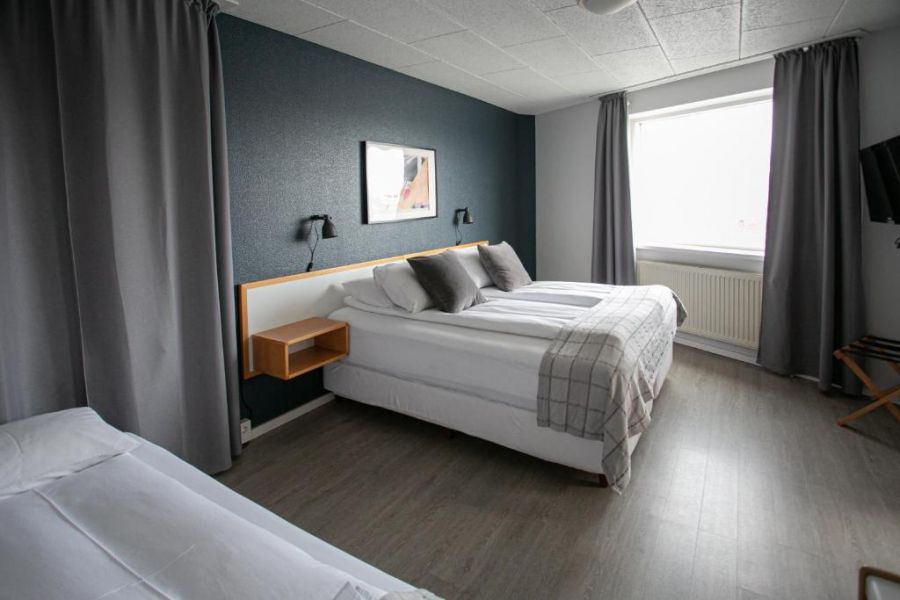 Triple rooms sleeps three adults in one double bed and one single.

Our triple rooms are spacious and bright, perfect for family or friends traveling together.

Warm and cozy hotel in the heart of Akureyri

Hotel Norðurland is a warm and cozy hotel in the heart of Akureyri within walking distance of the town´s main cultural and restaurants.

All of our rooms are well equipped with private bathroom and breakfast is always included. The hotel has a lobby bar and there is also plenty of free parking spaces by the hotel. 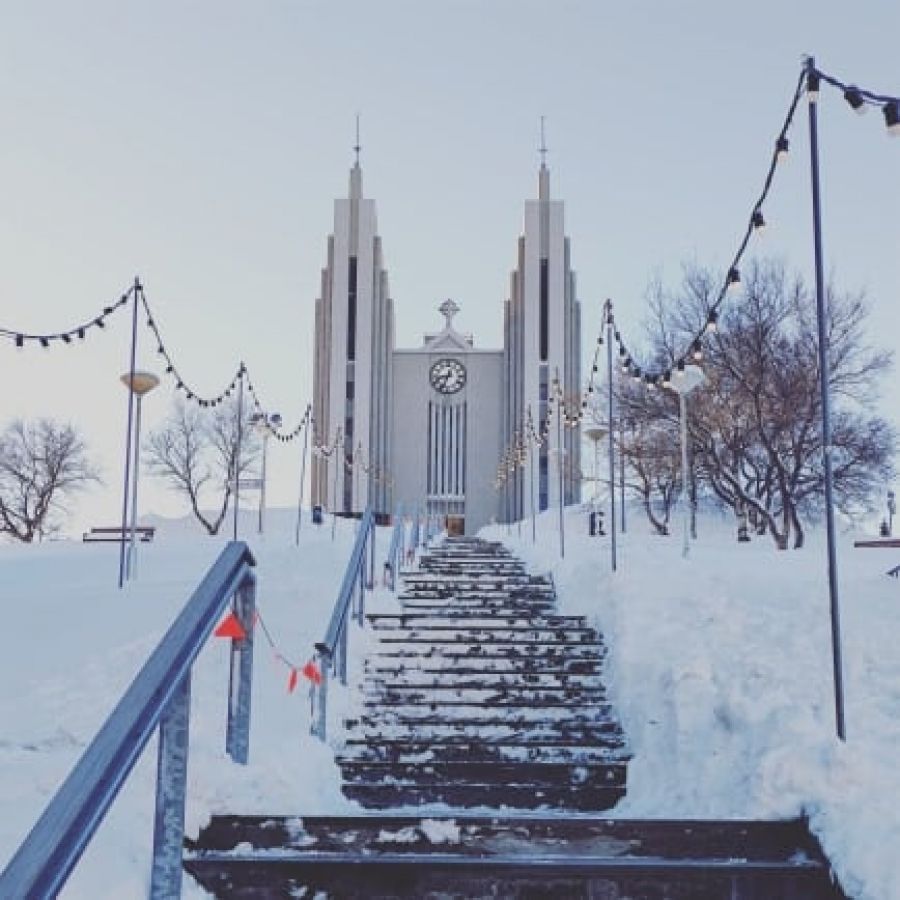 Akureyri is Iceland´s second-largest city, after the greater Reykjavík area. "City" may be too generous a term as there are only 20.000 people who live there, closer to that of a town elsewhere in the world.

A charming town in itself, there are plenty of things to do for such a small place. It is also the gateway to the north´s spectacular beauty, most notably the Myvatn region, Dettifoss waterfall, Godafoss waterfall, and Asbyrgi canyon.

This email address is being protected from spambots. You need JavaScript enabled to view it.
Tel: +354 4622600